In the Summer, Horizon provides the Beach Toilets with window boxes brimming with colourful flowers.  Our 3-tier planter is also situated just around the corner. 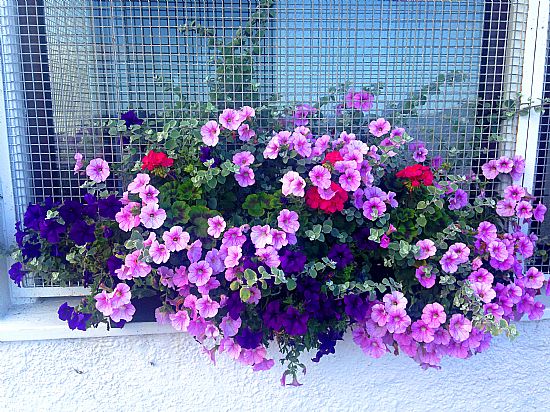 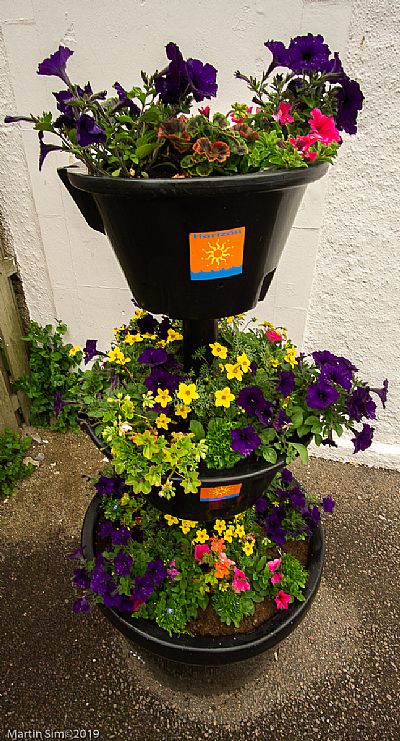 Find the Beach Toilets on a map

For the benefit of walkers, prams and wheelchair users, along the Boardwalk Horizon frequently sweeps away sand brought inland by stormy seas.  Horizon worked alongside the Beechgrove Garden and Stonehaven & District Lions club to create the seating areas toward the south end of the walkway.  In the past we have scattered wildflower seeds beside the Boardwalk and organised public beach litterpicks. 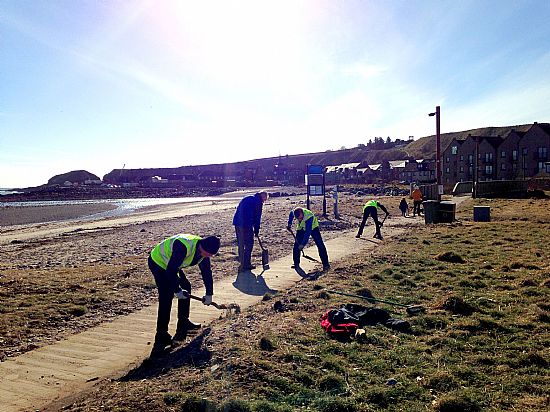 Find the Boardwalk on a map

At the Craw's Nest, Horizon looks after some of the planters and we have created a mosaic artwork. 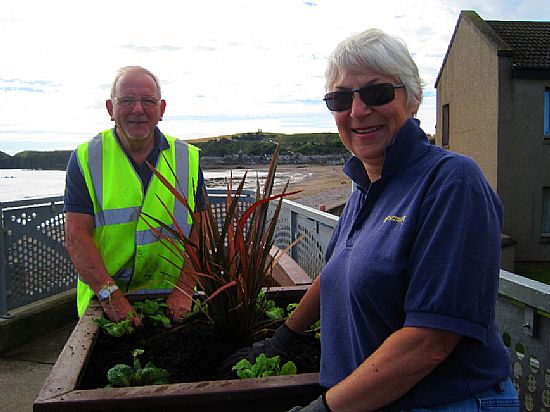 Horizon members planting up a planter at the Craw's Nest

Find the Craw's Nest on a map

We have installed a memorial bench to remember our first chairperson, Derek, at Cowie. 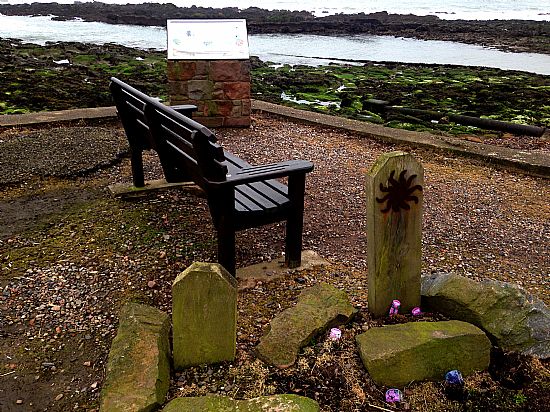 Find Cowie on a map

Horizon worked together with the Stonehaven & District Lions Club to carry out a major re-vamp of the Wave Garden at the north end of the bay.  Work began in May 2017.

Alex Cattanach cleared the site for us in a day. 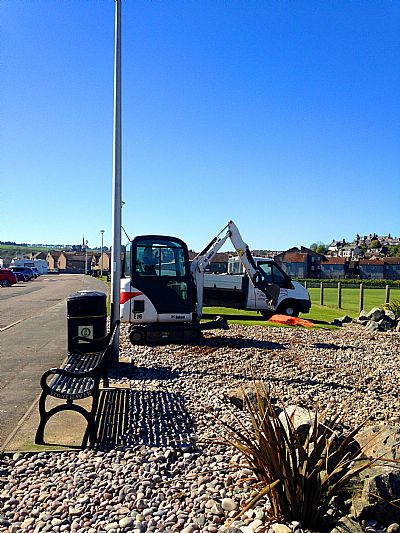 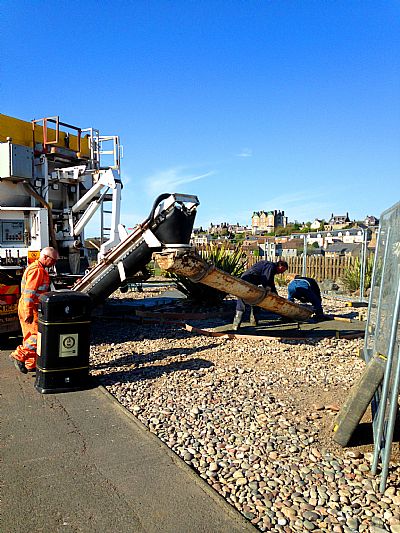 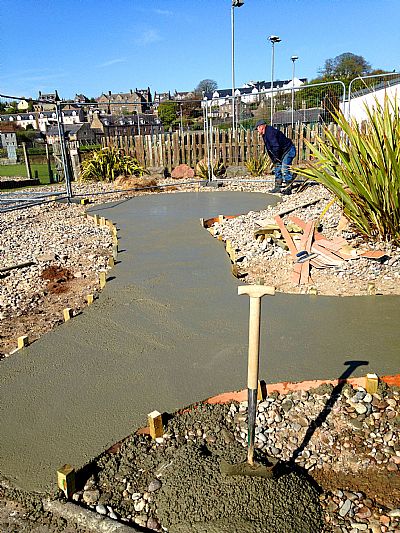 The boat was installed later in May. 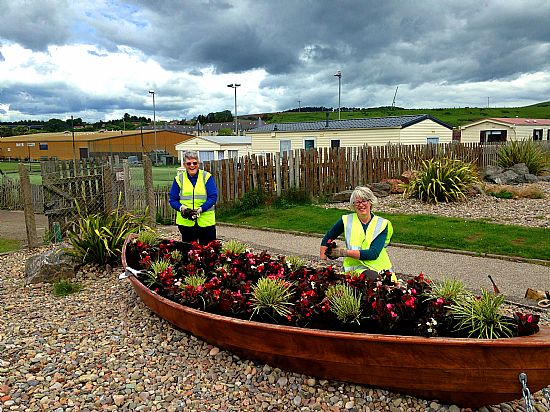 The benches were installed in July and the council did this work for free.

Find the Wave Garden on a map

Contractors having a well-earned icecream -- 03 May 2017. Photo by Julie Lomax. 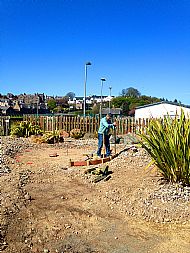 Clearing sand from the boardwalk after a storm -- 20 March 2018. Photo by Julie Lomax. 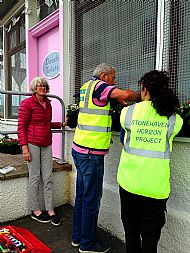 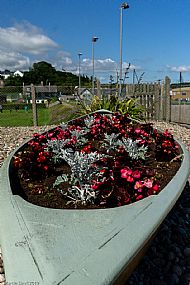